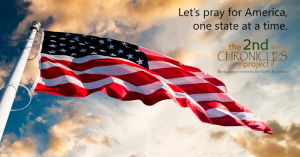 In obedience to the Macedonian call of the Lord our God. As of this Monday, September the 14th, the 2C7P team will begin a new mission by going into a 2 week fasting and praying for America.
We are petitioning God to take back the country from the evil one, and we will be doing it state by state. Therefore, as of Monday, and for 14 days, we will be focusing on 3 to 4 states daily and entering into spiritual warfare for them and their Governors.
Each day we will post prayers for these states and we ask that you pray along with us and share these prayers so that others can join in with us in reclaiming lost territories for the Kingdom of Heaven.
As believers our allegiance MUST ALWAYS stand with the Kingdom of God and its righteousness over all things. As Kingdom believers and soldiers in God’s army, we must be completely sold out to the Kingdom of God and must always be ready to go to war against any enemy who threatens the Kingdom. We pray that as soldiers you will take up arms and battle with us.
Despite the political side you support, in the midst of a pandemic, civil unrest, social injustices, freaky weather patterns, you name it, you cannot but stop to take note that America has gone off its rails and is being demonized.  America does not need a party to win to bring redemption, AMERICA NEEDS JESUS back into its culture.  Psalms 33:12 says:
Blessed is the nation whose God is the Lord,
the people he chose for his inheritance.
As saints of God it is our duty to use our spiritual authority and seek out lost territories to be reclaimed for the Kingdom of God, it is easy to identify these territories, there would be nothing but anger and unrest in its shores.  This means the evil one is running about freely, so we must ask God to intervene.  Psalms 2:8 says:
Ask of Me, and I will surely give the nations as Your inheritance,
And the very ends of the earth as Your possession.
So let us ask the Lord for America, and reclaim it back for God’s Kingdom.  Let’s begin the mission to reclaim America back to God.

The Macedonian call referred to a very pivotal moment in Christianity, when God interrupted the plans of the Apostle Paul to spread the gospel, and instead caused a major widespread by going to Macedonia.  God used dreams, prepared other players in the script, manipulated circumstances and culminated it all into one big major dynamic BOOM that changed the face and the effect of the church of God.

During the course of mankind, God would continually use this same method to bring about a complete turning point that would achieve major results in Christendom.  These turning points or pivotal moments were always marked with a revival.  Revivals usually are a sign that radically declared that God had accomplished a major breakthrough that either moves our focus from one direction to another, or cause a major awakening to something many was blinded from seeing. or, to move, evolve, or to upgrade the body of Christ from an older era into a new era.

We believe all three reasons to be true of our current Mission, the Macedonian Call.  We believe that today, God is:

We believe God has lost many of us as Christians to sleep, slumber, and blindness.  The enemy is out and about like a roaring lion and devouring the earth, and the church of God is nowhere in sight.  The enemy has been marking territories all over the globe and we as a church have not responded and have become boxed in because we have no knowledge and relationship with God and we perish.  We believe there needs to be a major awakening of the saints, a call to arms, and to learn the new spiritual weapons of the new warfare.

We believe our first and will always be our base Mission, to be sounding the Macedonian Call to wake up the believers to cause and effect the revival the world needs at this time.  Henceforth, our mission at hand under the 2C7P is: